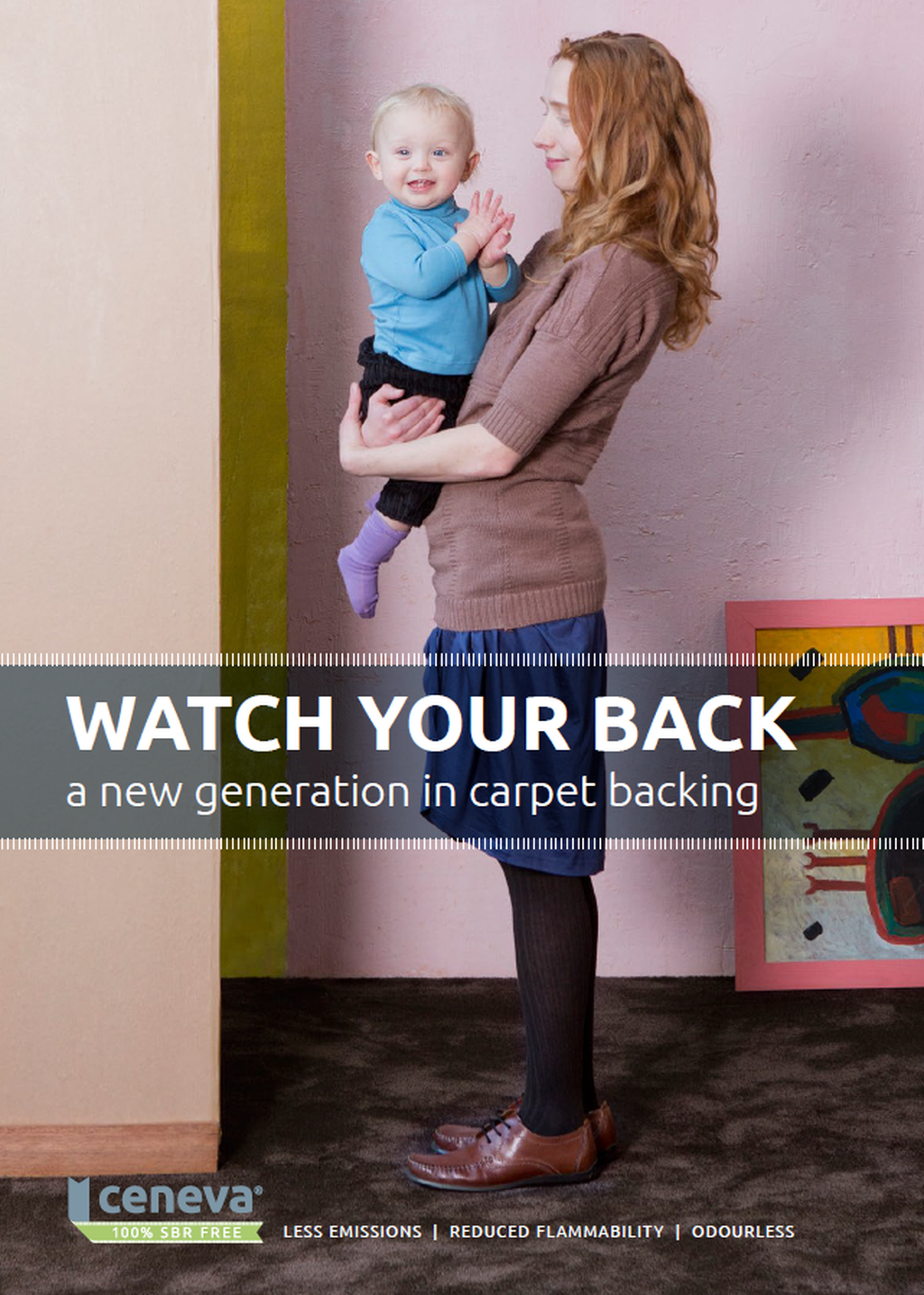 Ceneva is the world’s first carpet backing containing no styrene-butadiene (SBR). Instead, Ceneva uses a compound based completely on vinyl acetate ethylene (VAE). VAE provides a number of advantages to the final product and is the solution for those who are environmentally conscious.
Vinyl acetate ethylene is produced from acetic acid. In the 1960s researchers succeeded in creating a binder that is now used in a wide range of applications including adhesives, low-odour interior paints and nonwovens. The use of VAE in carpet backing has several advantages:

REDUCED FLAMMABILITY
Tests on films of carpet backing compounds using both VAE and SBR showed that the VAE films were far less flammable than the SBR films. The SBR films burnt completely and even released a black smoke. Ceneva is therefore ideal for commercial locations such as hotels, offices and business lounges where fire safety is high priority.

ABSENCE OF ODOUR
Using VAE ensures that the characteristic odour of new carpets – sometimes
perceived as being unpleasant – now belongs to a thing of the past.

LOWER EMISSIONS OF VOLATILE ORGANIC COMPOUNDS
Volatile organic compounds (VOCs) are chemicals used to manufacture and maintain building materials, interior furnishing and cleaning and personal care products. These carbon based chemicals evaporate into the air, often in indoor environments. Since their surface is large, floor coverings have the potential to emit such VOCs to the environment. Ceneva resulted in lower emissions being released than those backings containing SBR.

QUALITY OF THE FINAL PRODUCT
The quality of the carpet backing has become more consistent and is now more flexible allowing for easy fitting. Ceneva backing also has excellent tuft bind and lamination qualities.